Male, and single.  Birthday is July 09.  Owns a 2010 Harley-Davidson® Electra Glide® Ultra Limited FLHTK.  Interested in females.  Religious view is There is a God and I know him.  Drinks socially.  Lives in ...down the yellow brick road., North Carolina  United States.  Member since April 2009.  Last online today.

Blockhead
Monday
WTF is wrong with the world? I am so tired of ppl protesting WHEN ANY DUMBASS GETS SHOT by a police department anywhere. Here is a news flash you dipshit dopes....DO WHAT THE COPS SAY AND MAYBE YOU WOULDNT GET YOUR DUMB ASS SHOT. None of these dumbass ppl want to talk anything about WHY these dopes get shot. WTF happened to obeying the law and respecting police officers????????

Giggles
March 5
Just dropping in to say hello. You've been in my thoughts. Hope you are well!

Blockhead
November 4, 2020
A public service announcement from the new Harris-Biden administration...”Hello, the life and freedom as you have known it in the USA, is over. We hope you enjoy your new life in the United Socialist States of America.

Blockhead
September 16, 2020
AN OPEN LETTER TO SUPPORTERS OF BLM See More
Just so you know, the term “systemic racism” has become meaningless. It’s a phrase coined by BLM to justify their current onslaught of “peaceful protests” (i.e. rioting, looting, burning and destruction) If you are offended by the phrase “Life matters” or “All lives matter” you are unfortunately incorrect, because you are elevating one color skin over others. Whether you like it or not, all lives do matter, and the color of the skin surrounding that life has nothing to do with what that life is worth. There are good and bad people of EVERY color. If you don’t believe that, then YOU are the racist. If you think that ALL white people or ALL police are bad people then YOU are the racist. If you want to be heard, then, you need to be willing to listen. Trying to further your agenda, and crucifying anyone who has the stones to disagree with you, by definition makes you a bigot.
Try shutting up and chew on these FACTS: ( I do apologize in advance for confusing you with FACTS)
• The individuals that BLM has thrown into public consciousness as the victims of police violence and injustice are almost without fail convicted criminals with histories detailing multiple run-ins with the law. For example, Jacob Blake wasn’t a victim, he was a rapist.
• In every instance that has been strewn before the public (with the exception of B. Taylor) the person who was shot was either actively resisting arrest, disobeying a direct order from Police, or trying to escape them. I’m sorry but if you are involved in ANY of those things you forfeit your right to be “the Victim”, and you are in the wrong. NEWSLFLASH…obyeing law enforcement reduces your chances of being shot by 99.9%.
• Looting, burning other people’s property, and throwing bricks at law enforcement, doesn’t aid your cause….all that does is prove that we need law enforcement more than ever. And, if you think that looting is your “right” because it’s a victimless crime, I invite you to come and try and loot in my neighborhood. Ergo, when you get shot and die, it will be because you chose to try to take something that didn’t belong to you…is that a victimless crime? Are you willing to die for a “victimless crime”?
You people need to grow up and realize that with your current methodology you aren’t achieving any lasting change that is going to aid in ending racism or achieving equality, all you’re doing is pissing off the good citizens of this country who were initially willing to listen and be open to suggestions on how to improve the situation. Now? You’ve lost us. Now, we will fight you. Now, we will not listen, because listening didn’t help. Now, we will respond. Now, we will elect DONALD TRUMP, for another term.
P.S. Come on down and try to loot my neighborhood. Please, I’m begging you.
Sincerely,
An angry patriot. 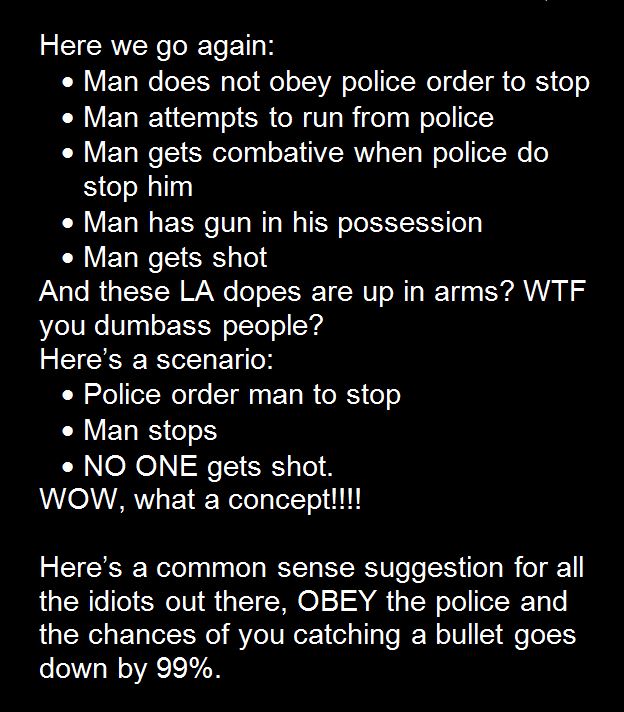 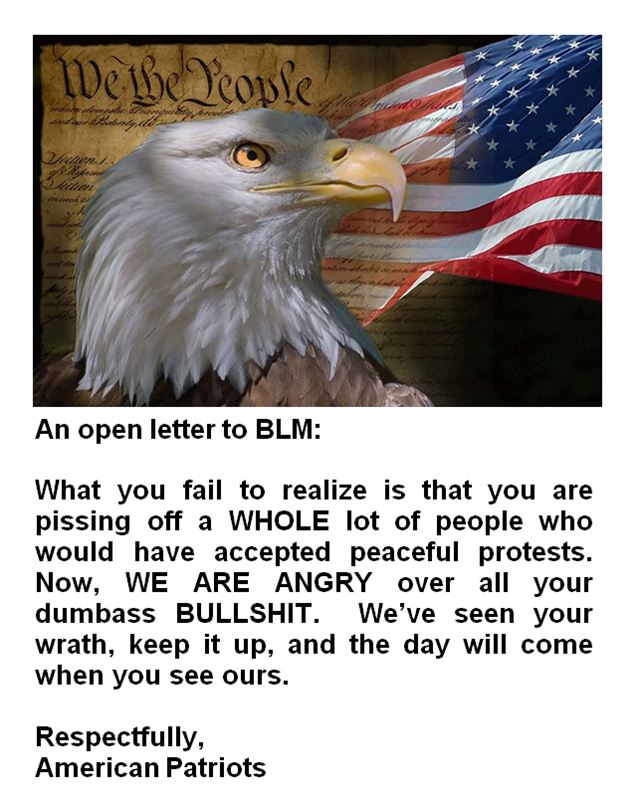 Blockhead
August 24, 2020
All this violence, destruction and looting over another police shooting of a black man in Wisconsin. WTF is wrong with you people? What happened to obeying the law? Do you realize that if you obeyed police commands there is a 99.999% chance there would be no shooting of any kind? If you don’t do as the police say, what happens next is on you NOT THEM. 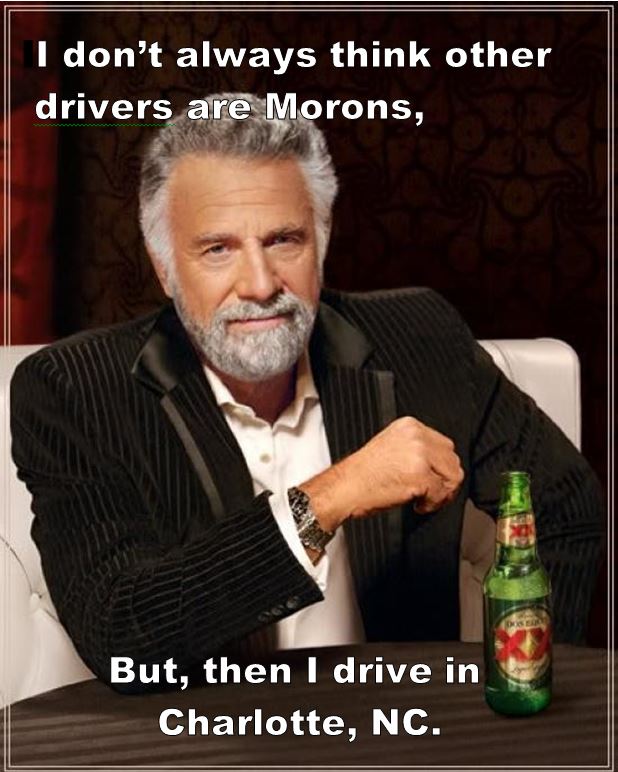 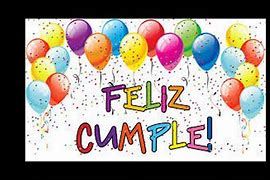 Blockhead
June 19, 2020
I don’t care what color your skin is, I never have. Before God Almighty, your life doesn’t matter any less, or any more, than mine. So... if you think that makes me a racist, you need to rethink your position, because you are obviously the one with a race problem...not me.
Show More