Beware of these Men and Women on BON

Cowboy via SweetAngel2016 @ All American
September 13
I don’t give a Rats ass who this offends, but I stand by it. War is coming, sooner or later! You the Government!! You are all a bunch of cowards! You raised the cost of living so high that both parents are always at work, rather than spending time with their children (single parents stand no chance)??. You took God out of schools. Parents were told 'No you can't discipline your kids'. Well, now most of those kids...See More are rude and out of control. You shall reap what you sow! We have taken a whole generation and turned them into selfish, entitled brats who have no respect for people, property or authority! You deem people with terminal illnesses and some with only a few months to live…fit for work!!! You allow our veterans of war to go homeless and hungry but give out millions to foreign aid!!! You save drug addicts over and over again but refuse to give free diabetic supplies to those who need them to stay alive. You bend over backwards to be politically correct, too scared to say enough is enough, in case you offend someone. You put the retirement age up so people must work until they drop. You take care of prisoners and give them everything under the sun (food, medical, education, representation, money, rehabilitation) yet you cause the elderly, those that have paid their debt to society and their families, to go broke caring for them either at home or in a nursing home... THINGS NEED TO CHANGE! 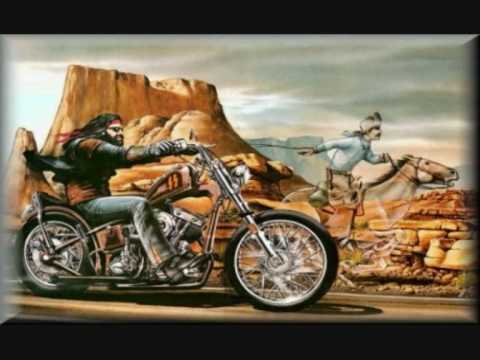 David allan coe - panheads forever -
A beautiful song by david allan coe. I do not own any pictures shown here, nor do I own the rights to this music, so my thanks to d.a.c. and david mann
www.youtube.com
Show More