Scoot66 via Captain USCG vet @ All American
April 12, 2021
found it > WRITTEN BY A 21 YEAR OLD FEMALE Wow, this girl has a great plan! Love the last thing she would do the best.

This was written by a 21 yr old female who gets it. It's her future she's worried about and this is how she feels about the social welfare big government state that she's being forced to live in! These solutions are just common sense in her opinion.
See More
This was in the Waco Tribune Herald, Waco , TX , Nov 18, 2011

Put me in charge of food stamps. I'd get rid of Lone Star cards; no cash for Ding Dongs or Ho Ho's, just money for 50-pound bags of rice and beans, blocks of cheese and all the powdered milk you can haul away. If you want steak and frozen pizza, then get a job.

Put me in charge of Medicaid. The first thing I'd do is to get women Norplant birth control implants or tubal legations. Then, we'll test recipients for drugs, alcohol, and nicotine. If you want to reproduce or use drugs, alcohol, or smoke, then get a job.

Put me in charge of government housing. Ever live in a military barracks? You will maintain our property in a clean and good state of repair. Your home" will be subject to inspections anytime and possessions will be inventoried. If you want a plasma TV or Xbox 360, then get a job and your own place.

In addition, you will either present a check stub from a job each week or you will report to a "government" job. It may be cleaning the roadways of trash, painting and repairing public housing, whatever we find for you. We will sell your 22 inch rims and low profile tires and your blasting stereo and speakers and put that money toward the "common good.."

Before you write that I've violated someone's rights, realize that all of the above is voluntary. If you want our money, accept our rules. Before you say that this would be "demeaning" and ruin their "self esteem," consider that it wasn't that long ago that taking someone else's money for doing absolutely nothing was demeaning and lowered self esteem.

If we are expected to pay for other people's mistakes we should at least attempt to make them learn from their bad choices. The current system rewards them for continuing to make bad choices.

AND While you are on Gov't subsistence, you no longer can VOTE! Yes, that is correct. For you to vote would be a conflict of interest. You will voluntarily remove yourself from voting while you are receiving a Gov't welfare check. If you want to vote, then get a job. 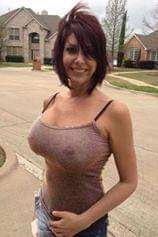 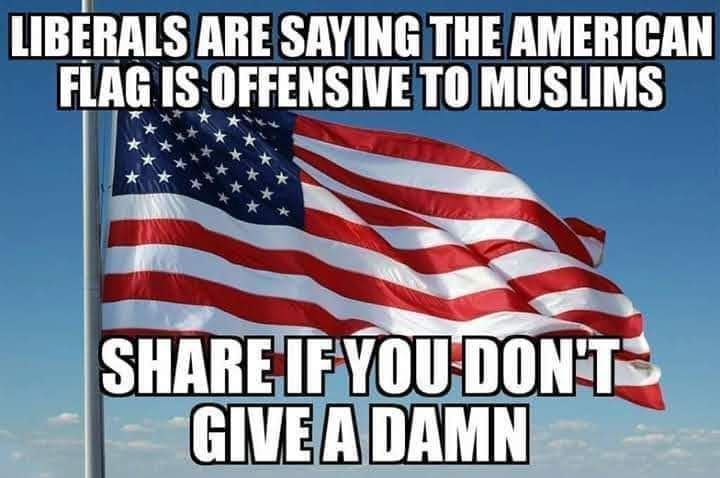 Sandra
March 16, 2021
Am Sandra nice to talk to you Thank you... Would you mind exchanging contact so we can chat in private and get to know more about each other, you can also contact me on four zero nine two one zero seven four one four

Angela
March 15, 2021
hello how are you doing am Angel and new on here and am here for a serious relationship and see where it leads us to and do you mind to text me 520 253 4228  so we can chat and know more about each other or message me on hangout suweibaakim10@gmail.com

Scoot66 via Captain USCG vet @ All American
March 7, 2021
A woman dies at age 65 before collecting one benefit check. She and her employer paid into the system for almost 50 years and she collected NOTHING. Keep in mind all the working people that die every year who were paying into the system and got nothing.

And these governmental morons mismanaged the money and stole from the system, so that it's now going broke. See More
BEAUTIFUL! And they have the audacity to call today's seniors "vultures" in an attempt to cover their ineptitude. DISGRACEFUL!

The real reason for renaming our Social Security payments is so the government can claim that all those social security recipients are receiving entitlements thus putting them in the same category as welfare, and food stamp recipients.
THIS IS WORTH THE FEW MINUTES IT TAKES TO READ AND DIGEST!
F.Y.I. By changing the name of SS contributions, it gives them a means to refute this program in the future. It's free money for the government to spend under this guise.
The Social Security check is now (or soon will be) referred to as a Federal Benefit Payment ?
I'll be part of the one percent to forward this. I am forwarding it because it touches a nerve in me, and I hope it will in you.

Please keep passing it on until everyone in our country has read it.
The government is now referring to our Social Security checks as a "Federal Benefit Payment."
This is NOT a benefit. It is OUR money , paid out of our earned income! Not only did we all contribute to Social Security but our employers did too ! It totaled 15% of our income before taxes.(This should be enough for you to forward this message, If not read on.)

If you averaged $30K per year over your working life, that's close to $180,000 invested in Social Security.
If you calculate the future value of your monthly investment in social security ($375/month, including both you and your employers contributions) at a meager 1% interest rate compounded monthly, after 40 years of working you'd have more than $1.3+ million dollars saved.

That's almost three times more than today's average Social Security benefit of $1,230 per month, according to the Social Security Administration. (Google it – it's a fact). And your retirement fund would last more than 33 years (until you're 98 if you retire at age 65)! I can only imagine how much better most average-income people could live in retirement if our government had just invested our money in low-risk interest-earning accounts.
Instead, the folks in Washington pulled off a bigger Ponzi scheme than Bernie Madoff ever did (or Lyndon Johnson).
They took our money and used it elsewhere. They "forgot"(oh yes, they knew) that it was OUR money they were taking. They didn't have a referendum to ask us if we wanted to lend the money to them ... and they didn't pay interest on the debt they assumed. And recently they've told us that the money won't support us for very much longer. (Isn't it funny that they NEVER say this about welfare payments?)
But is it our fault they misused our investments? And now, to add insult to injury, they're calling it a benefit, as if we never worked to earn every penny of it. This is stealing!
Just because they borrowed the money, doesn't mean that our investments were for charity!
Let's take a stand. We have earned our right to Social Security and Medicare. Demand that our legislators bring some sense into our government.
Find a way to keep Social Security and Medicare going for the sake of the 92% of our population who need it.

Then call it what it is:
Our Earned Retirement Income .
90% of people won't forward this.
PLEASE! Will you? 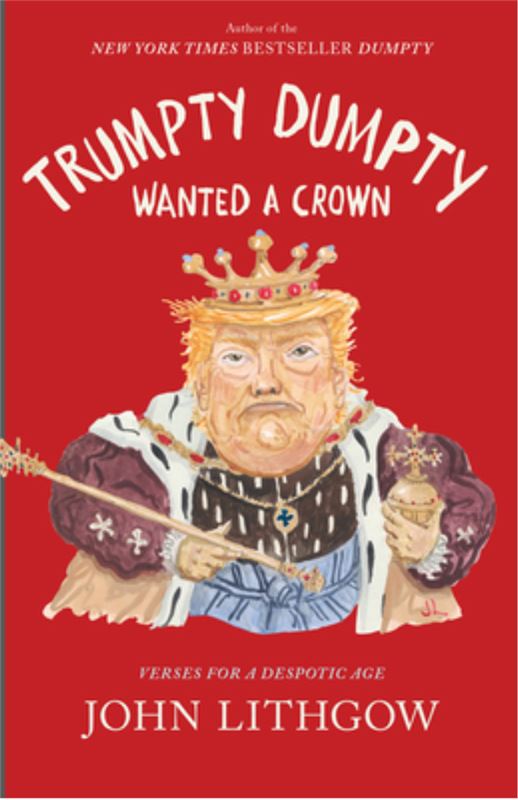 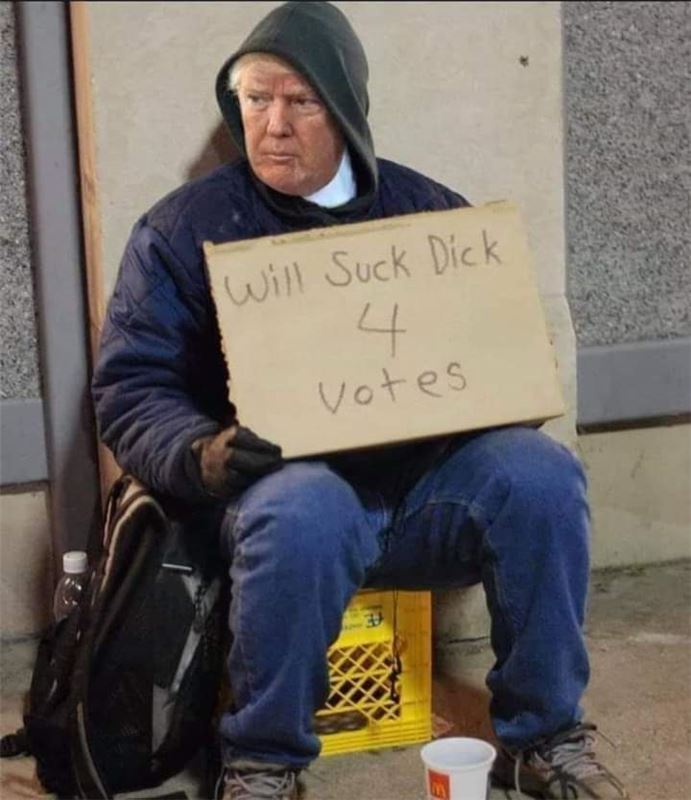 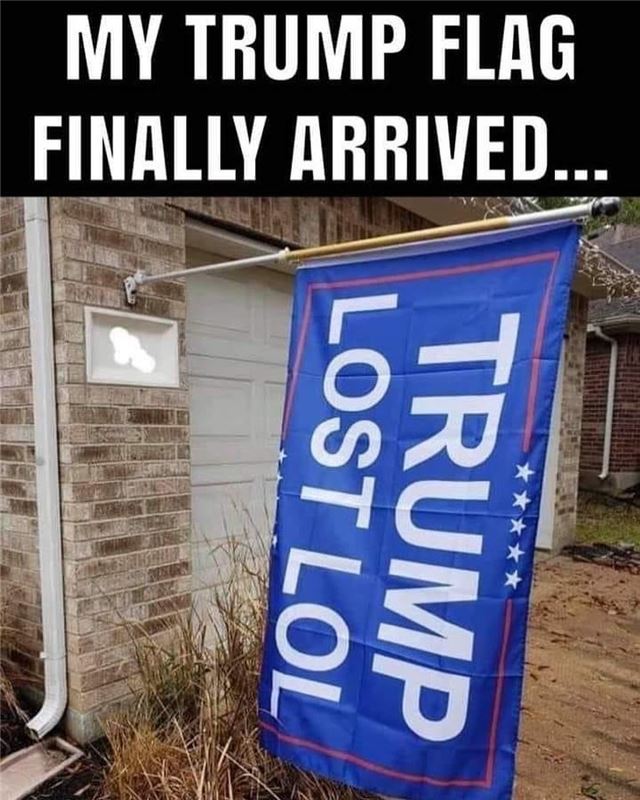 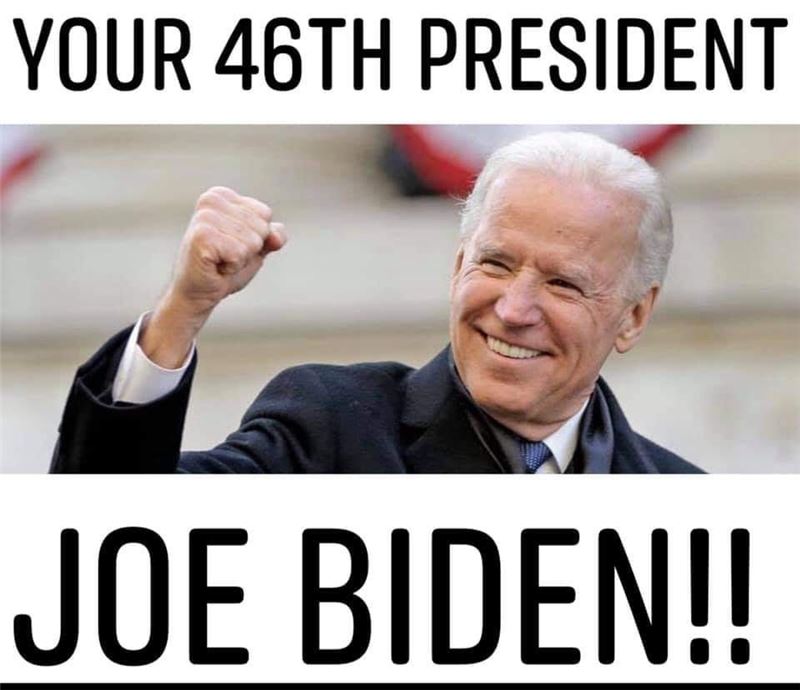 Scoot66 via Captain USCG vet @ All American
February 27, 2021
This needs to be shared. This “lady” oversees the Pioneer museum in Sweetwater TX and posted this to her page. She has since taken it down with an “apology” of sorts. Not good enough. 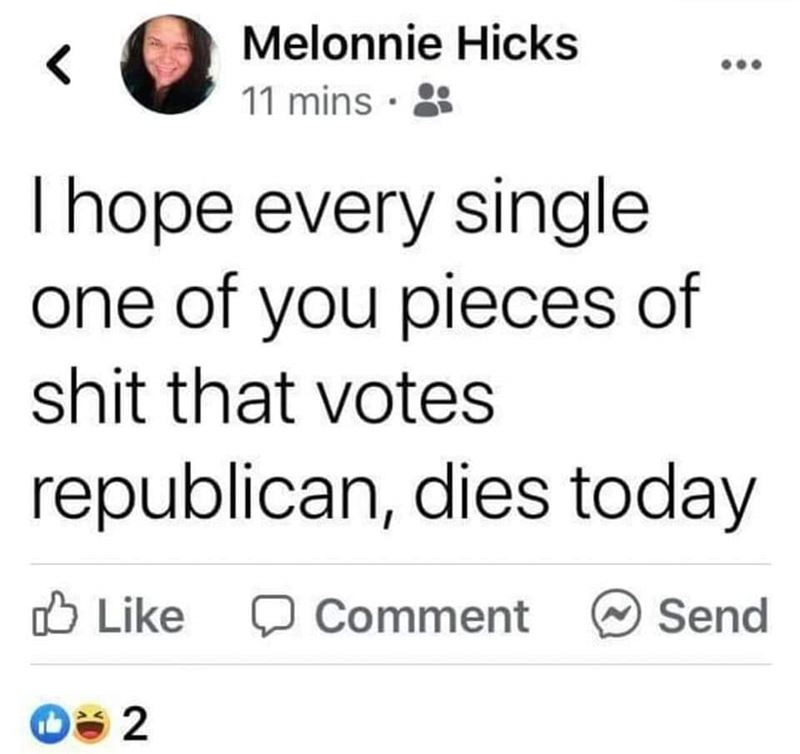 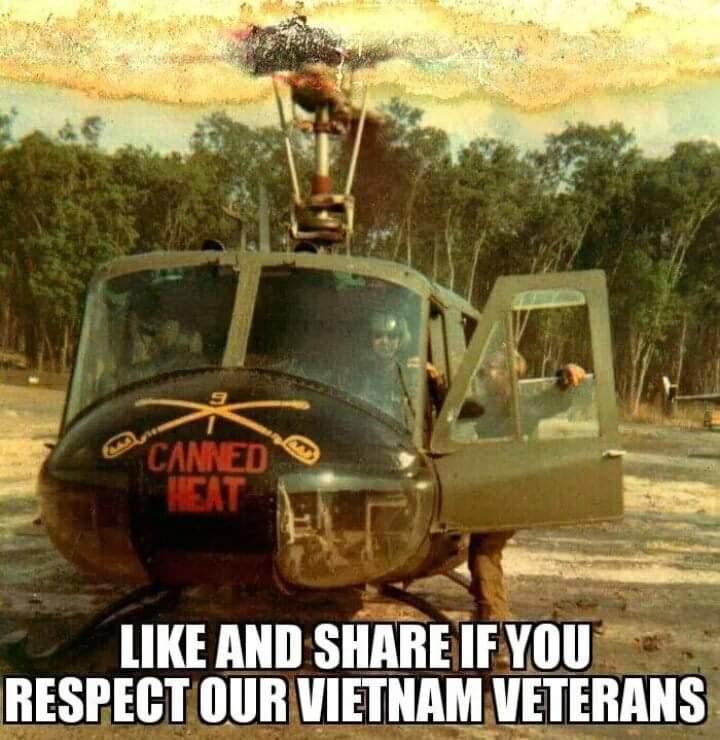 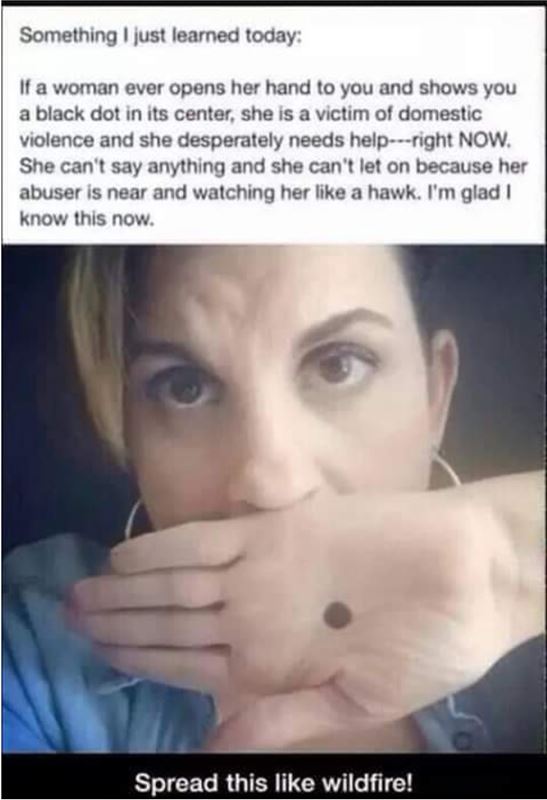 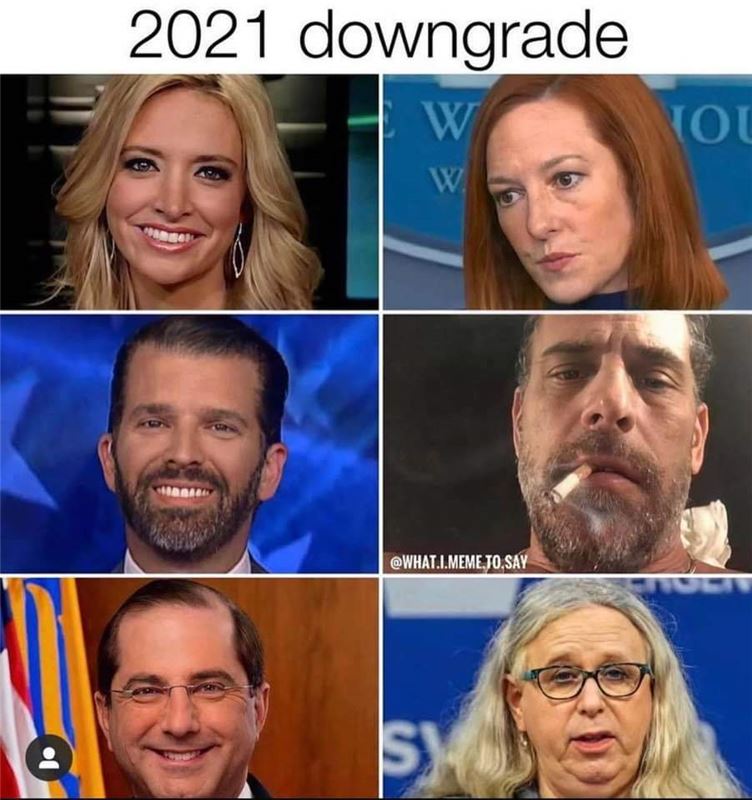 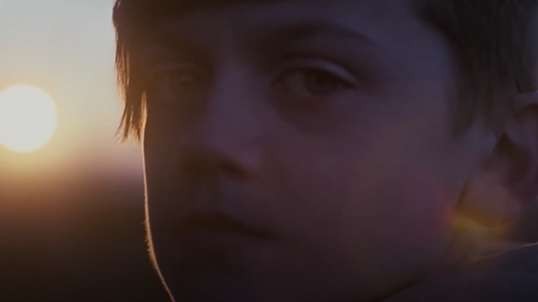 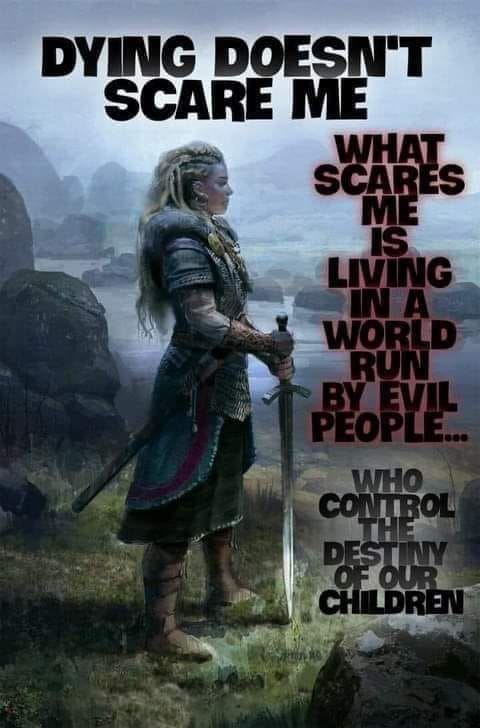 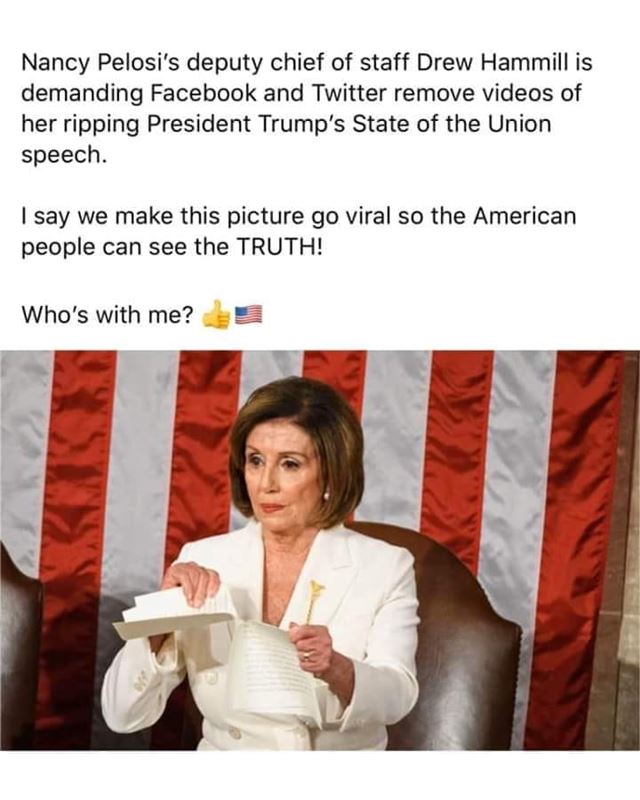