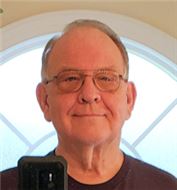 GUYS THAT LIKE TO FEEL THOSE BOOBS ON THEIR BACKS AND THE WOMEN WHO LIKE TO LET US FEEL THEM.....

Girls That Touch Themelves And The Guys That Like To Watch

Images of the Ride (Photographers)

I'm a retired Air Force officer and Vietnam vet, now retired. In addition to biking, I am also a pilot, part-time college professor, scale modeler (I have models I've made in museums across the country, including the National Air and Space Museum) well-known author and aviation photographer, and a drummer.

I went into the Air Force in September 1970 when I was 17. I went to Vietnam the first time at 19. (I went back again for the withdrawl from Vietnam in late 1975 when I was 22.) I was an aeromedical specialist and a wing historian during my 5 years 3 months 17 days of Air Force enlisted service. Then I got out, finished college, got my B.A. degree in journalism at Troy State University, Alabama, went through Air Force ROTC and came back to the Air Force as an officer in 1977. I went to flight training, flew B-52s (BUFFs -- "Big Ugly Fat Fu*^#~@!"), then went into public relations. I went back to college, full time, for a year at Syracuse University to get a masters degree in radio, TV, and film in 1984. I retired from the Air Force in 1992 as a major, right after the end of Desert Shield/Storm. I went to work in industry and as a government civil servant doing public relations work and retired in 2013 for the second time. I no longer work and spend my days riding and pursuing my interests.

I have a 2013 Harley-Davidson Electra Glide Ultra Limited (FLHTK) that is extremely well-equipped and VERY comfy for touring. I have the Zeppelin inflatable seats on the bike which can be adjusted separately for a great ride.

Originally from a suburb of Cleveland, Ohio, I lived in Fairfax from 1985 to 2019. Now I live in Chester, Va., in the Richmond suburbs. During my 20-year military career (five years as an enlisted guy and the rest as an officer), I got a chance to see a lot of the world and do some pretty exciting things. I've been lucky to have actually met a lot of my heroes. A few years ago as part of my government duties, I assisted movie producers in making accurate movies with military themes. I assisted with "Hunt for Red October," "Air Force One," and "Men of Honor." I also assisted with some television productions. So, I've met a number of famous actors including Robert De Nero, Cuba Gooding Jr., Lee Majors, Ron Pearlman (Hellboy and Clay Teller on "Sons of Anarchy"), and lots of famous musicians including the members of Journey, Def Leppard, Artimus Pyle (Lynyrd Skynyrd's drummer), Simon Kirke (Free and Bad Company's drummer), Fred Coury (Cinderella's drummer), Spencer Davis, Gunnar Nelson, Jeff "Skunk" Baxter (Doobie Brothers and Steely Dan), Michael Lardie (Great White), Sandy Gennaro (Joan Jett's drummer), Mark Farner (Grand Funk Railroad), Teddy "Zig Zag" Zavaridis (Guns 'n' Roses), Chad Smith (Red Hot Chilli Peppers' drummer), Kelly Keagy (Night Ranger's drummer), Ian Paice (Deep Purple's drummer), Max Weinberg (Bruce Springsteen and Conan O'Brian's drummer) and many more.

Redheads! The female form (a work of art), women with a little meat on their bones... busty women. A good single malt scotch and a fine cigar...a great sunset...flying my own plane...riding my scoot through twisty roads in the mountains.

Pushy, overbearing, demanding people who don't understand or appreciate people's talents or sacrifices to make this world go 'round. DRAMA! People who judge. People who give me a hard time about listing my relationship as "complicated."

Flying, writing, photography, music (I'm the drummer in a band named "Riptide" and we perform at LOTS of biker events and at least twice a month in bars and clubs), and lots more!

I have a variety of interests. Since I was a 5-year-old, I have been making plastic models -- mostly aircraft and some car kits. My work is much better now, of course, and I've been known to enter plastic modeling contests sponsored by the International Plastic Modelers Society. Many of my models have found their way into museum collections around the country, including the National Air and Space Museum, National Museum of Naval Aviation, U.S. Air Force Museum, Washington Navy Yard Museum, and D-Day Museum. I am a skilled photographer, published author, former college professor, former radio announcer and television anchorman, musician, and pilot. Aviation is my first love, followed closely by making music and taking photos. I even enjoy shooting my guns occasionally to let off a bit of steam, and, of course, I enjoy riding my bike!

I like a variety of music from the '60's to today. My favorite bands and musicians include: Toto; Rush; Steely Dan; The Eagles; James Gang; The Doobie Brothers; Sheryl Crow; Journey; and many others. I can handle some country (Shania Twain, Rascal Flatts, Daughtery, etc.) and I love "lite jazz." (Very sexy to make love to!) Some of my favorite players include Chris Botti and Rick Braun, David Sandborn, Fourplay, Dave Grusin, Lee Ritenour, Larry Carlton, and lots more.

I don't watch too much TV anymore, but when I do, it's to watch The Walking Dead, or programs on either The Learning Channel or Motor Trend that deal with restoring or hot rodding cars and building motorcycles.

I have a short list of movies that I love that I could be stranded on an island with and be completely happy. On that list are "The Shawshank Redemption," "Trading Places," "The Blues Brothers" (I think I've actually played at Bob's Country Bunker!), "Major League," "The Natural," "Field of Dreams," "Body Double," "A Christmas Story" (much of it shot in Cleveland), "Iron Man," the Bourne trilogy ("The Bourne Identity," "The Bourne Supremacy," and "The Bourne Ultimatum"), "The Italian Job," (the remake with Charlize Theron), "The Matrix," "V for Vendetta," and one I've been watching a lot lately is "The Rocker."

I'm always the last to know and the first to go!

BikerOrNot is a social network that connects you with other bikers around you and around the world. BikerOrNot © 2023