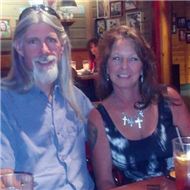 people who love to be positive :)

HI I AM CHERRY AND I AM NO LONGER NEW TO THIS SITE I HAVE MET SOME REALLY AWESOME PEOPLE AND WOULD ENJOY MAKING LOTS NEW FRIENDS..I AM HAPPILY MARRIED TO THE MAN OF MY DREAMS I COULD NEVER IMAGINE THIS KIND OF LOVE I SAY PRAYERS OF THANKS ALL THE TIME FOR MY FAMILY AND FREINDS LIFE IS GOOD!!!..I DONT HAVE TIME FOR DRAMA OR PEOPLE WITH NASTY LIL ATTITUDES.. YOU KEEP ON WALKING IF YOUR AN ALL ABOUT ME ME ME PERSON..SORRY.I LOVE TO RIDE WHEN WE CAN BUT MY HEALTH RIGHT NOW HAS MADE ME SLOW WAYYYYY DOWN..HOPEFULLY SOON THAT WILL PASS..I HAVE PRIORITIES IN MY LIFE AND RESPONSIBILTIES TO ME LIFE ISNT JUST ONE BIG PARTY CAUSE SOON THE BALLONS LOOSES ITS AIR.I DO LOVE TO HAVE A GOOD TIME BUT GETTING DRUNK OR BEING STUPID AND NOT REMEMBERING THE NEXT DAY ISTN VERY APPEALING TO ME. .I DONT RIDE ONE LIKE I STOLE IT I AM NOT IN THAT KIND OF HURRY I WANT TO SLOW DOWN AND TAKE IT ALL IN ENJOY EVERYMINTUE AND NOT MISS A THING..I DO NOT JUDGE SO DONT JUDGE ME THERE IS SO MUCH MORE TO A BOOK THEN ITS COVER..DONT ASK ME TO DISREPECT MY HUSBAND OR MY SELF..YOU WANT TO SEE BOOBIES GO TO MIRROR AND LIFT YA SHIRT..I HAVE HEARD THIS IS A BIKER SITE THAT YOU SUPPOSE TO GET NAKED ON CAM HA NOT IN THIS LIFE TIME..I DONT CARE WHO FLASHES BUT ITS NOT FOR ME..NO I DONT WANT TO PHONE BONE YA OR YOU CANT GIVE ME A BETTER LIFE I GOT WHAT I WANT AND ITS AWESOME..IF YOU PUSH ME INTO A CORNER OR START WTIH ME BE PREPARED I AM A TYPICAL LEO AND I WILL PUSH BACK AND PUT YA IN YOUR PLACE.YES MY LIFE IS WHAT I WANT TO MAKE IT ..NOT WHAT YOU WANT ME TO DO ..GET IT..LIVE WITH IT..SO LET GET TO KNOW EACH OTHER AND HAVE A FEW LAUGHS AND SPEND TIME..IF YOU HAVE READ THE ABOVE AND LIKE IT YOU WILL LIKE ME CAUSE I AM NOT TWO FACED I AM A FRIEND TO THE END IF YOU DESERVE IT..IF YOU ARE INTO HEAD GAMES, DRUGS, HEAVY DRINKIN DONT WASTE EITHER OF OUR TIME I HAVE LIVED THIS LONG WITH OUT KNOWING YA SO I SURE WONT MISS YA...HAVE A GREAT DAY AND BE BLESSED...... Lets101 Quizzes - Quizzes for Fun


Get Your Sexy NameSUPERFLYCHICKEN.COMTwo Choices

What would you do?....you make the choice. Don't look for a punch line, there isn't one. Read it anyway. My question is: Would you have made the same choice?

At a fundraising dinner for a school that serves children with learning disabilities, the father of one of the students delivered a speech that would never be forgotten by all who attended. After extolling the school and its

Dedicated staff, he offered a question:

0A'When not interfered with by outside influences, everything nature does, is done with perfection..

Where is the natural order of things in my son?'

The audience was stilled by the query.

The father continued.. 'I believe that when a child like Shay, who was mentally and physically disabled comes into the world, an opportunity to realize true human nature presents itself, and it comes in the way other people treat that child.'

Then he told the following story:

Shay and I had walked past a park where some boys Shay knew were playing baseball. Shay asked, 'Do you think they'll let me play?' I knew that most of the boys would not want someone like Shay on their team, but as a father I also understood that if my son were allowed to play, it would give him a much-needed sense of belonging and some confidence to be accepted by others in spite of his handicaps.

I approached one of the boys on the field and asked (not expecting much) if Shay could play. The boy looked around for guidance and said, 'We're losing by six runs and the game is in the eighth inning. I guess he can be on our team and we'll try to put him in to bat in the ninth inning.'

Shay struggled over to the team's bench and, with a broad smile, put on a team shirt. I watched with a small tear in my eye and warmth in my heart. The boys saw my joy at my son being accepted.

In the bottom of the eighth inning, Shay's team scored a few runs but was still behind by three.

In the top of the ninth inning, Shay put on a glove and played in the right field. Even though no hits came his way, he was obviously ecstatic just to be in the game and on the field, grinning from ear to ear as I waved to him from the stands.

In the bottom of the ninth inning, Shay's team scored again.

Now, with two outs and the bases loaded, the potential winning run was on base and Shay was scheduled to be next at bat.

At this juncture, do they let Shay bat and give away their chance to win the game?

Surprisingly, Shay was given the bat. Everyone knew that a hit was all but impossible because Shay didn't even know how to hold the bat properly, much less connect with the ball.

However, as Shay stepped up to the

Plate, the pitcher, recognizing that the other team was putting winning aside for this moment in Shay's life, moved in a few steps to lob the ball in softly so Shay could at least make contact.

The first pitch came and Shay swung clumsily and missed.

The pitcher again took a few steps forward to toss the ball softly towards Shay.

As the pitch came in, Shay swung at the ball and hit a slow ground ball right back to the pitcher.

The game would now be over.

The pitcher picked up the soft grounder and could have easily thrown the ball to the first baseman.

Instead, the pitcher threw the ball right over the first baseman's head, out of reach of all team mates.

Everyone from the stands and both teams started yelling, 'Shay, run to first!

Never in his life had Shay ever run that far, but he made it to first base.

He scampered down the baseline, wide-eyed and startled.

Catching his breath, Shay awkwardly ran towards second, gleaming and struggling to make it to the base.

B y the time Shay rounded towards second base, the right fielder had the ball . The smallest guy on their team who now had his first chance to be the hero for his team.

He could have thrown the ball to the second-baseman for the tag, but he understood the pitche r's intentions so he, too, intentionally threw the ball high and far over the third-baseman's head.

Shay ran toward third base deliriously as the runners ahead of him circled the bases toward home.

Shay reached third base because the opposing shortstop ran to help him by turning him in the direction of third base, and shouted, 'Run to third!

As Shay rounded third, the boys from both teams, and the spectators, were on their feet screaming, 'Shay, run home! Run home!'

Shay ran to home, stepped on the plate, and was cheered as the hero who hit the grand slam and won the game for his team

'That day', said the father softly with tears now rolling down his face, 'the boys from both teams helped bring a piece of true love and humanity into this world'.

Shay didn't make it to another summer. He died that winter, having never forgotten being the hero and making me so happy, and coming home and seeing his Mother tearfully embrace her little hero of the day!

AND NOW A LITTLE FOOT NOTE TO THIS STORY:

We all send thousands of jokes through the e-mail without a second thought, but when it comes to sending messages about life choices, people hesitate.

The crude, vulgar, and often obscene pass freely through cyberspace, but public discussion about decency is too often suppressed in our schools and workplaces.

If you're thinking about forwarding this message, chances are that you're probably sorting out the people in your address book who aren't the 'appropriate' ones to receive this type of=2 0message Well, the person who sent you this believes that we all can make a difference.

We all have thousands of opp

I AM A VERY DEEP KINDA PERSON, I HAVE A LARGE HEART, FRESH FEELINGS AND IDEAS. I TRY NOT TO TAKE ANYONE OR ANYTHING FORGRANTED IN A BLINK OF AN EYE IT CAN ALL GO AWAY..

SOME ONE WHO IS A BRAGGART OR MEAN, LIARS, DRUNKS OR DRUGGIES...BAD SMELLS...BODY OR AIR BORNE...

I LOVE ANYTHING OUTDOORS ..LOVES TO HAVE THE SUN KISS MY SKIN AND WIND BLOW THRU MY HAIR

I LOVE TO MAKE THINGS GROW..LIVE AND THRIVE..I LOVE TO RIDE...SPEND TIME WITH THE PEOPLE I LOVE AND ADMIRE..

GHOST HUNTERS AND INTERNATIONAL THE PARANORMAL,WOULD IT BE AWESOME TO CONNECT TO THOSE THAT REALLY ARE YOUR ROOTES?

YOU CAN TRUST ME AS FAR AS YOU CAN THROW ME...
(I AM ALMOST 5'2 120 PDS.LOLTHINGS THAT ARE DIFFICULT TO SAY WHEN DRUNK:
1. Innovative
2. Preliminary
3. Proliferation
4. Cinnamon


THINGS THAT ARE DOWNRIGHT IMPOSSIBLE TO SAY WHEN DRUNK:
1. No thanks, I'm married.
2. Nope, no more booze for me!
3. Sorry, but you're not really my type.
4. No thanks, I'm not hungry.
5. Good evening, officer. Isn't it lovely out tonight?
6. Oh, I couldn't! No one wants to hear me sing karaoke.
7. I'm not interested in fighting you.
8. Thank you, but I won't make any attempt to dance, I have
no coordination. I'd hate to look like a fool!
9. Where is the nearest bathroom? I refuse to pee in this
parking lot or on the side of the road.
10. I must be going home now, as I have to work in the morning.